Chaos Legion has all the earmarks of a game that may have seemed like a good concept in the beginning but lost focus (or ambition) somewhere along the way. Add to that the serious copy protection problems, and you end up with a game that falls way back into the crowd.

Three immensely powerful glyphs can open the Gateway of Chaos, but the glyphs must be found and recovered. Two men -- a young knight, Seig Warheit, and a fallen lord -- who were once friends, must fight over the future of their world and their people. Players control Seig and his summoning powers (he can summon seven different Chaos Legions). Seig can command the legions to attack or fight defensively, and strategies must be adjusted depending on the individual legion and the situation. Players will battle through 13 savage levels and an assortment of 3D environments. 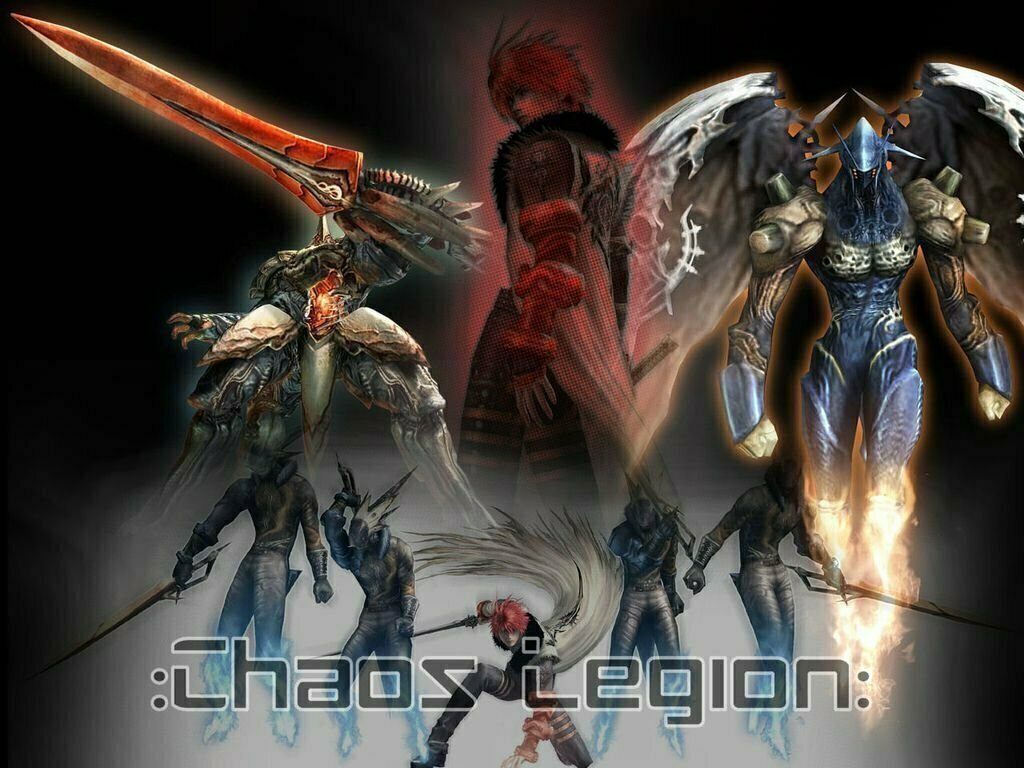 Capcom is well known for epic action games, such as Devil May Cry and Resident Evil, each offering their share of challenging gameplay scenarios and tense storyline moments. With a recent port of Chaos Legion to PC, the publisher has attempted to continue this tradition. Sadly, the ball was dropped this time around in more ways than one.

Once up and running, the main problem we found with Chaos Legion is that it lacks the amount of design inspiration that Capcom has obviously expended on other games. Like too many video games, the tale of Sieg Wahrheit only seems to be in there to offer a setting for his journey and the creatures that he's fighting. However, I thought creatures were oogie and effective, and the rest of the graphics created a nice look. The cutscenes were kind of stylish in doling out the fantasy, and I wasn't as compelled to bypass them as I have been with other games.

I also thought the concept of 'legions' -- sidekick creatures that you can call up if you've built up enough 'soul' -- was pretty cool. Not only do they add to your firepower in a given situation, but they can also draw some pressure away when you're inundated with baddies or a key boss and need to take up a different position. There's also the question of when to use them: Should I call a legion up now, or is there something ahead that's going to really kick my butt that I should be saving it for? This limited RPG aspect -- using earned experience to build your legion as you see fit -- added a bit to the basic gameplay.

Beyond this, Chaos Legion was challenging, but monotonous. I would have preferred the action be offset by some adventuring, or at least some branches to the path that offered more variety and purpose to the gameplay. In deeper games, you're seeking a special item or location that will trigger the next part of the story, with a lot of creatures standing between you and your goal; in Chaos Legion, surviving and defeating a never-ending onslaught of beasts is the only motivation you'll ever get. /evabeat-melody-sauce-vst-download/. The path is also capsulated: You're generally trapped in an area until all the foes are beaten, which magically opens the gate or path to move on.

Chaos Legion has all the earmarks of a game that may have seemed like a good concept in the beginning but lost focus (or ambition) somewhere along the way. Add to that the serious copy protection problems, and you end up with a game that falls way back into the crowd. When it's working, Chaos Legion isn't a horrible game, but it's not a good one, either.