With realistic combat currently taking over from multicoloured sci-fi shooters (think Counter-Strike, the game we're playing, breathing and sleeping at the moment), the news of a sequel to Delta Force I and 2 is very welcome indeed. 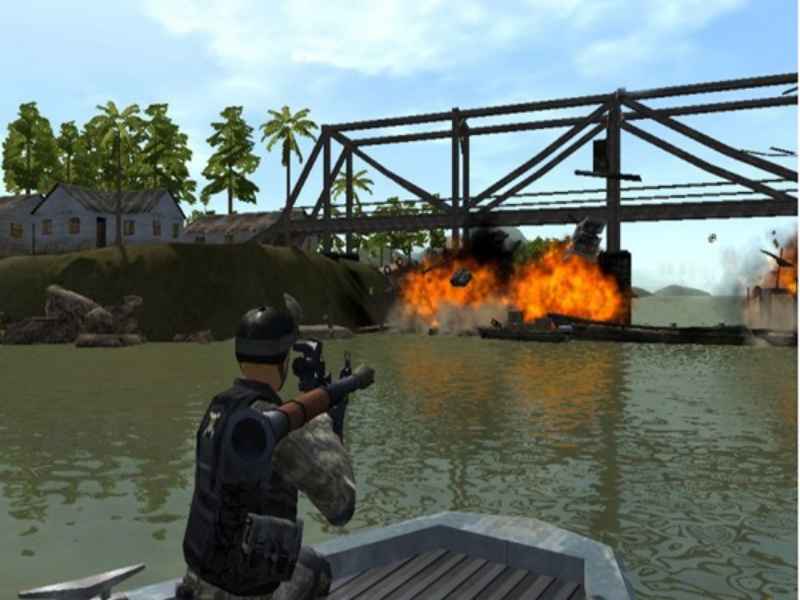 Even better is the news that Land Warrior is going to ditch the outdated and crusty voxel engine of old and replace it with a brand spanking new, singing and dancing, fully accelerated 3D engine. Even fans would have to admit that the old voxel effort looked pretty terrible, although the developers are promising that while the new engine is going to banish the pixellated look, it's still going to retain the huge outdoor landscapes, with the massive line-of-sight opportunities that made the original games so successful. One slight side-effect is that there are no plans to implement tall grass. And no tall grass means no sneaking up on someone on your belly and killing them before they've had a chance to register you're there. Too processorintensive without the voxels ysee.As well as the massive multiplayer options, including Voice-Over-Net, Land Warrior is going to provide a character-driven single-player game that gives you the chance to step into the boots of a veteran soldier as part of a five-man team who spend their time chewing cigars, rescuing hostages and killing nasty terrorists. And, of course, you can expect the usual splattering of new weapons and equipment, including a PSG-I and a handheld MMI ,40mm semiautomatic grenade launcher.Which sounds pretty nifty.

More than this, the game is actually going to provide you with a glimpse into the future of infantry combat. A subsidiary of NovaLogic has been involved with a contract to modify Delta Force for use in the US Army's next-generation Land Warrior program, which provides foot soldiers with the sort of technology usually reserved for vehicles: integrated video sights, head-mounted displays, laser range-finders and GPS navigation.

The future is here. Well nearly. You can expect to see the Delta Force version of Land Warrior early next year, maybe before if the coders pull their collective fingers out.